What Does Candomblé Believe in, Anyway?

Most people who find their way to Candomblé are already at least slightly familiar with Orixá or Yoruba culture and religion.  As Candomblé grows in the United States, however, many people are learning about the religion through exposure to Afro-Brazilian culture; samba, capoeira, music classes, etc. without a religious connection.  Candomblé doesn’t have a holy book, universal commandments or a statement of belief.  There are, however, some universal understandings. 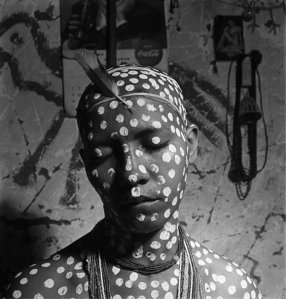 Candomblé is an Afro-Brazilian religion incorporating religious aspects from various African ethnic groups  (there are indigenous and European influences as well).  Candomblé is divided into nations based on specific ethnic groups. Candomblé Ketu uses the language, cosmology and theology of the Yorùbá people of Southwest Nigeria and Benin where Orixá are worshiped.

Orixá are forces of nature that manifest through mythology as deities.  There is no set number of Orixá in the Yoruba pantheon.  It is customary to see numbers like 200+1, 400+1 or 600+1 to signify the number of Orixá in the Yorùbá pantheon.  The “+1” in Yorùbá numeration refers to infinity and acknowledges that we live in an ever changing universe.  We will never know for sure just how many Orixá exist.

In Candomblé, there are about 16 Orixá that receive reverence, and are regularly praised in terreiros.  The Orixá represent crossroads, bodies of water, wind, storms, fire, and land, in addition to communication, justice, love and nurturing, war, hunting, technology, etc.  Each Orixá has its own prayers, songs and dances, accepts specific offerings, has particular temperaments, is partial to certain colors and is greeted in its own unique way.  The Orixá also manifest by possessing initiates, called Elegun, Rodante (ho-dan-chee) or simply Iyawo (meaning bride in Yoruba) within Candomblé. It is believed that each person, in addition to having the protection of their Orí, is protected by an Orixá.  Divination by a priest(ess) reveals the Orixá offering protection to individuals.

The Yorùbá believe in God and call him Olódùmarè (and other names).  While Olódùmarè is referred to in many prayers, he is not directly prayed to.  Although there is not an agreed upon direct translation of this name, it is generally understood to refer to his almighty power and domain.  He is responsible for having created the universe, the Orixá and breathing life into humanity. In Brazil, God is typically referred to as Olorun – the owner of heaven. Some may make the mistake in believing that Candomblé doesn’t have a supreme God because so much emphasis is placed on Orixá.  However, each Orixá, and each living thing on earth, is a manifestation of the glory that is Olorun. Without Olorun we don’t have axé. 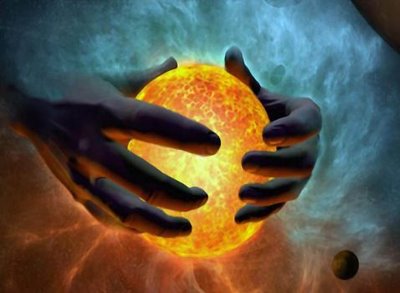 Belief in Balance and Morality

One of the most important beliefs within Candomblé is the maintenance of balance within one’s life.  Praying, singing, dancing or making material offerings is not magic that can change the course of one’s life.  We make offerings to restore balance.  Sometimes restoring balance looks like opening the pathways for employment, discovering and ultimately treating an illness, having children, etc.  Each person, because of their own destiny, will have a different mission to complete in order to restore and maintain balance in their life.  Working to maintain balance also pertains to spiritual and mental well being.

Living a morally just and responsible life also brings us closer to having an all around balanced life.  Speaking the truth and doing good things (yup, even when no one is watching) is what we strive for.  Taking care of the environment as we worship and praise is of extreme importance

Getting Involved in Candomblé V: What do I receive first?

The Importance of Family & the Terreiro in Candomblé

← Folhas Encantadas: a Documentary
Orixá Opens the Door,Will You Walk Through? →

3 thoughts on “What Does Candomblé Believe in, Anyway?”