One of the things that really catapulted 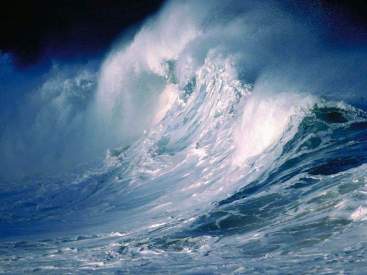 my interest in Candomble as a religious choice and not just a way of understanding how my culture survived in the diaspora was really grappling with my understanding of the Bible and Christianity. As a Catholic believing that we are born with sin, taking on the Judeo-Christian origin story of humankind as my own and believing that I exist as a woman due to the sacrifice of Adam’s rib, I happened to realize that this is a nice story, it really is, but it’s not my story. So why am I taking somebody else’s story – someone else’s ancestral legacy – and making it my own? Why do I believe that I was born in sin when I have the breath of God within me?

It became really important to me to take a look at Yoruba creation myth as not just some story that’s told, but as something I actually believe and would help me understand the world. It became a moment for me to look at Orixa and my understanding of God in Yoruba belief and reconcile that with everything I had learned and believed as a Christian.

The two didn’t add up.

Part of my journey to learning about Candomble and understanding how Candomble, for me, is a religion of recognition of ancestrality, of resilience, of perseverance, of maintaining roots, includes learning about religious mythology. As a child of the diaspora who has always sought to learn and understand more about Africans in America, the strength of our ancestors to not only have survived the middle passage but to have survived slavery in and of itself inspires me.

Yemanja plays a central role in my journey. Years ago when I began learning about the details of Yoruba religion, I felt drawn to Yemoja. I thought for sure I was Yemoja’s child. I was actually in disbelief (and disappointed) after my first Ifa reading when the Babalawo revealed Osun.

In Yorubaland Yemoja is recognized as the Orisa of the Ogun river in Abeokuta, while also being credited as the source of all flowing waters by some. Olokun is recognized as the Orisa and owner of the ocean. In Candomble, we praise Yemanja by calling out and saluting Odo Iya in recognition of her role as a riverine deity. It’s not uncommon, however, to see Yemanja being represented as a sea maiden. Both in Africa and the diaspora, Yemanja is often depicted as a mermaid. Regardless of the representation, the sea is extremely important for Africans and their descendants in the diaspora.  It is by sea that our ancestors arrived, in the sea is where the bones of many ancestors lay, and the route many took back across the ocean to return to Africa. 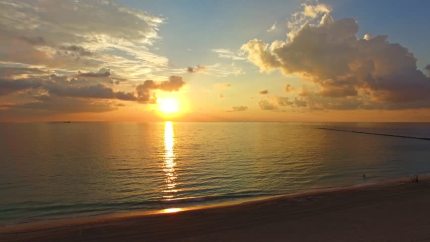 Pierre Verger writes of Yemoja’s relationship to the sea in Yorubaland, in his book Orixas that,

Iemanjá tired of her stay at Ifé, later flees westward. Olóòkun had given her, as a precautionary measure, a bottle containing a preparation, since “one never knows what may happen tomorrow,” with the recommendation of breaking it on the ground in the case of extreme danger. And like that, Iemanjá went to settle in the West. Olofin-Odùduà, King of Ifé, launched his army in search of his wife. Surrounded, Iemanjá, instead of being arrested and being led back to Ifé, broke the bottle, according to the instructions she had received. A river was created right then, carrying her to Òkun, the ocean, place of residence of Olóòkun (Olokum).

That Yemanja is often praised at the beach in the diaspora isn’t an idea that was created on this side of the Atlantic, according to this itan. Our ancestors often took their offerings to the beach in attempts to get as close to Africa as possible, hoping that the waves would carry their offerings home.

In Brazil, Yemanja is honored at the New Year and February 2nd. In the Northeast US, that’s not an ideal time to be at the beach. In addition, the festivities on February 2nd have more to do with syncretism and promises that fishermen made to Yemanja than it does to Yemanja herself and Candomble. We don’t forget the relationship the fishermen have with Yemanja; it’s important to recognize.  However, in the United States, our fishermen don’t have relationships with Yemanja. That doesn’t mean that February 2nd stops being an important date for Candomblecistas in the United States. What it does mean, quite practically, is that it’s not feasible for us to be on the beach in the dead of winter.

What we do have in the US, however, is the celebration of our ancestors on Juneteenth, the date that many African-Americans celebrate our freedom. It also happens to fall at a time that going to the beach is more favorable.

A little over 10 years ago, a very small gathering of Candomblecistas began in NY for Yemanja on the beach to celebrate her – to thank her and Olokun for helping our ancestors make it across the Atlantic. As a child of the diaspora, as an Iyalorisa, as a Candomblecista praising Yemanja at the sea is not negating the fact that Yemanja is a riverine goddess.  It is, in fact, praising the belief that Yemanja helped my ancestors survive the middle passage. It’s recognizing the fact that the ocean, in many ways, is the world’s largest cemetery, and a way to pay homage to the ancestors whose souls were never allowed to get peace.

I find importance in maintaining the practice of honoring Yemanja at the ocean because it is intricately linked to honoring the ancestors of our religion. Without them, we wouldn’t have Candomble.

Whether it’s praying, lighting a candle, preparing food, making an herbal bath, sleeping on a straw mat, eating with my hands, asking for blessings, etc. as a child of the diaspora, I’m in alignment with the ancestors who came before me who had these struggles without the luxury of being able to go back to a normal life, without the luxury of being able to, once função is over, eating with a knife and fork, sleeping on a comfy bed, wearing expensive shoes. It is the act of participating in the things that my ancestors did that keeps me intricately linked to my culture, to the struggle that got me here. That’s not something that I am planning on ever letting go of.

As we celebrate Juneteenth today, may we remember the ancestors upon whose shoulders we proudly stand; may we remember, respect and appreciate the wisdom they passed down to us.